Thermal scope vs night vision: Which is better? Hunters ask this question all the time, especially among those who hunt at night. They’re also keen to know the real capabilities of each technology used in scopes. Both of them are actually useful. It all lies on the application you intend to use one for.

Now if you’re torn between choosing a thermal scope and a night vision scope, this article is for you. We’ll discuss the differences, benefits, and downsides of each. But before that, let’s define the two technologies for a better understanding. 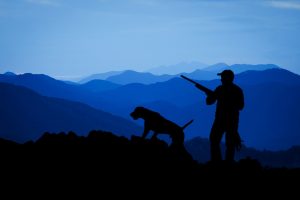 What is a thermal imaging camera?

At the very least, it’s a sensor that can detect heat, infrared, or thermal energy, detecting radiation that increases as the object’s temperature increases. This camera doesn’t create pictures from visible light, rather from heat emitted by an object.

A thermal imaging device can identify and detect the heat’s minute differences, and then show it as a thermogram or an image on your screen. Different colors that show depend on the temperature of the object.

If an object is hotter, the color will be lighter. Everything that produces heat, including automobiles, animals, and us humans are hotter than our surroundings.

And in this case, a thermal scope, for example, can make a better picture of them. However, snakes and other coldblooded animals can be harder to see because their temperature adjusts based on the surrounding they’re in.

What is night vision imaging?

It’s a technology used in devices that enables users to see in the dark, allowing them to see objects, animals, and people up to 1000 yards away even in darkness. This technology allows users of night vision devices to take pictures, record videos, or see things in the dark that they can’t otherwise see with their unaided eyes.

Standard NV devices utilize optoelectronic image enhancement. It works through sensing infrared light that objects reflect off, and then amplifying and turning it into a green image.

Meanwhile, digital image enhancement, a more recent NV technology, works by capturing the light available on a digital image sensor, and then enhancing and converting it into a full-color display image.

Without even saying, night vision devices magnify light from distant light sources, stars, and the moon, and then make green images. They’re used in detecting wildlife, including deer and coyotes at night.

Thermal imaging technologies detect heat, day or night, making them useful in different applications like observing, viewing, tracking, and hunting, but they do have limitations.

One drawback is image deterioration. Remember, thermal imaging uses a digital image of the object in which quality is measured in pixels.

A higher count of pixels will give you a higher quality of the image you’re looking at.

But then, pixels reduce in count as you increase magnification or zooming of your thermal device.  Because of this, you’ll get a blurry image.
Night vision delivers the true view of what you’re looking at, although it requires aid from ambient light sources like the moon and stars in order to do that.

However, shadows can give you a hard time to see even if distant light sources can help a NV device give you a clear image.

Many night vision devices are created with an IR illuminator, which is quite useful during times when there is no ambient light. It also serves a purpose when you need an IR light beam to illuminate an object. But still, NV devices won’t be useful during the daytime.

Thermal Imaging Vs Night Vision: What Are The Differences?

Night vision technology can enlarge the light in the situation before converting it to green-tinted images.

On the other hand, the heat signature will be converted into a viewable image with a thermal imaging device. The hotter objects will appear in red, orange, or yellow.

Fog, overcast nights, dust, and rain can negatively affect the performance of night vision, but thermal imaging can still see in total darkness and is not affected by any of these conditions.

Night vision vs thermal imaging: which is right for you?

To choose between the two and find the right scope for you, consider some factors to look into so that you can make a good decision.

Before buying a sighting device, know the shooting environment where one is going to be used. Will there be thick foliage? Is the weather extremely cold? Is it foggy?

If there is much foliage or fog, you might as well go for a thermal scope. Meanwhile, a night vision device may be the better option if you’re hunting in extreme coldness.

Where are you mostly using night vision? Before buying an NV device, consider the lighting condition. If there is mostly extreme darkness, then you might as well pick a thermal vision device.

Night vision devices can be more affordable than a thermal imager that can cost thousands of dollars. It can also be more expensive if it is built to deal with heavy recoil and be mounted on a rifle. So if you have a limited budget, you might want to opt for a night vision device.

Thermal imagers are known as excellent detectors, but they may fall short in terms of recognition.

On the other hand, a night vision will be good for a real view of the image in sight, so it is easier to recognize if it is an animal or person. However, it can be hard to locate if the person is wearing camouflage, for instance.

Having both technologies in your scope is better.

The thermal imaging device will be good at scanning the field. On the other hand, a night vision scope can be used more effectively when taking the shot.

During the day, hunters will typically be using a spotting scope to locate where the animals are before using a rifle scope. The same protocol is used by most when night hunting.

Thermal scopes can detect game from far away day or night. Even in the roughest weather, thermal imaging works better than night vision scopes for detection.

However, you might be confused if you also locate a moving target in your field of view. If such an issue isn’t much of a concern for you, a thermal imaging device can work just fine.

Meanwhile, a night vision scope works well in delivering higher resolution images. To help you see in the dark, it uses an infrared illuminator or ambient light sources.

So as you’re getting the actual picture of the object, you can easily identify your target even if there are other moving objects in the distant surroundings.

But a night vision device may be useless during the rough weather and daytime. And if your prey is hiding behind a tree or another obstacle like thick foliage, you’ll not find it.

This device also requires an IR illuminator to see in total darkness if there is no ambient light source. Bright light exposure can also damage a night vision scope because it’s extra sensitive to light.

Thermal rifle scopes work excellently for detection and are versatile for virtually most conditions. Night vision devices, on the other hand, can render higher quality images and can be used conveniently at night.

So, which one is for you– thermal scope vs. night vision scope? This guide should be able to help you decide.

What Is The Difference Between A M16 And An AR-15?

Mr Miller has been collecting firearms since he was 23 years old. Miller acquired even more firearms after serving in the military. He now enjoys shooting and writing about his guns. He spends the most of his time on Military Network with other gun aficionados. Miller has also trained with and is a member of the USCCA.